A must have for students of Ba Gua Zhang, NYIA-IAI students and anyone interested in Nei Gong, Qi Gong, Ba Gua Zhang and the internal arts! 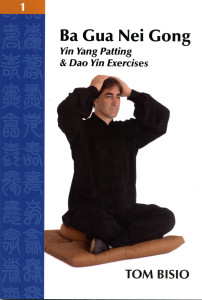 Yin Yang Patting Nei Gong is often the starting point for learning Ba Gua Zhang and for the practice of Nei Gong and other Yang Sheng (Nourishing Life) Exercises. The primary function of the Patting Nei Gong is to begin to open the meridians by patting and slapping along their trajectories. Unblocking, opening and coursing the meridians in this manner is an important precursor to advanced energetic practices. 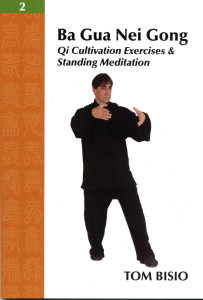 Standing like a tree rooted in the earth, while remaining relaxed and pliable, is one of the key foundational practices in the internal styles of martial arts. Holding Standing Meditation postures for extended periods of time is a crucial step in integrating the body and mind, and in connecting the qi and breath, so that the body moves harmoniously with grace and power.

The Qi Cultivation Nei Gong consists of four fundamental and two advanced exercises which allow us to perceive the movements of the Zhen Qi (“True” Qi). These exercises compliment Standing Meditation practice by introducing slow movements that engage with the natural vertical, horizontal and circular spiraling actions of the body’s internal structure. Initiating slow external movements allows one to perceive the subtle complimentary actions that take place internally. 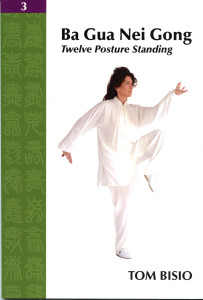 These twelve postures, or “stances,” are, in one sense, frozen moments of movement from one position to another. Holding such moments of transition, in which the center of gravity has just moved and is about to move again, allows one to sense the internal energetic configuration of a part of a movement. This allows one to fully engage with the various spiral power configurations – wrapping, twisting, drilling and coiling – imparted by the postures.