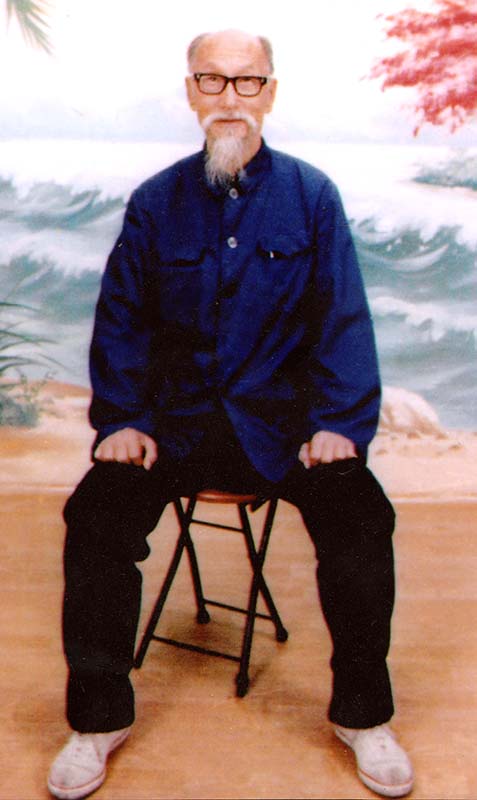 Dong Xiu Sheng was a practitioner of traditional Chinese medicine and spent most of his life traveling in Northern China studying martial arts and treating patients. Dong was a Xing Yi student of Liu Wen Hua, the son of Liu Qi Lan. Liu Qi Lan was one of the most famous disciples of Li Neng Ran, the creator of Xing Yi Quan.

Li Gui Chang characterized his teacher Dong’s expression of Xing Yi Quan as overcoming firmness with gentleness, rather then relying on firm strength. Master Li felt that Xing Yi could have different expressions, there could be firmness within softness, or, softness within firmness. He felt that these stylistic differences were based on an individual’s previous martial arts background, temperament and physical build. Because Li Gui Chang and Dong Xiu Sheng were both small men, they learned to apply their art with more gentleness and subtlety, rather than firmness.

In 1930, after strict examinations and screening in which he received outstanding scores, Li Gui Chang was admitted to the team that taught and trained the Shanxi Army in martial arts. Dong Xiu Sheng was in charge of this team. Li was recommended to Dong by Master Zhang An Tai, a famous master of Xing Yi Quan. At this time Li Gui Chang became Dong’s discple.

In pushing hands he seldom issued power. He utilized the whole body skills of sticking, adhering, connecting, and following. When Mr. Li pushed hands with people, he seized the opponent’s power path. He would stick as the enemy retreated; expanding and contracting, coming and going. He followed everywhere. Sometimes sticking, sometimes walking, sometimes hard sometimes soft, he was never stuck nor obstructed. Sticking and yielding whenever appropriate, one could not see the actions of his hands. [1]

My own experience in seeing Master Li push hands was that it looked like magic. The slightest movement of his hands would send the opponent bouncing backward, usually laughing, because they could not tell how he did it.

When my long-term friend and training partner Martin LaPlatney and I began to train with Master Li in Taiyuan in 1995, he was already advanced in years. Master Li had us learn from his disciples, but oversaw our training and came by several times to make comments and suggestions.While his disciples genuinely tried to teach us, each corrected different things, and their advice at times even seemed contradictory. After several days Master Li commented that we had not improved at all. When I asked if he could choose a single person to teach us, he immediately understood the problem, and without hesitation suggested that his disciple Song Zhi Yong be our mentor from that day forward. Master Li told us, “Song is the standard and best represents my art.”

The next four days of training with Song Zhi Yong changed everything. The vast depth of the art of Xing Yi was evident in his movements and explanations. At the end of that time, Master Li told us that we had made good progress. I did not realize then that this was the last time I would see Master Li, nor did I appreciate the difficult training that lay ahead.

I was always impressed by Master Li’s open and honest manner and his ready smile. When he demonstrated, his form was perfect, the lines clean and the expression of power subtle, yet palpable. In the words of one of Li’s students: He trained in Xing Yi Quan until he was peerless. His internal power was simple and clean. [2]

I remember Master Li demonstrating Beng Quan (Bursting Fist). His movement looked effortless, yet the line of power was clean and powerful, with the emission of power visible at the the very end of the punch, so that the force went inside the opponent’s body with no wasted effort.

Master Li died at the age of 87, on October 18, 2000. Like Sun Lu Tang, and numerous Daoist masters, who reached a high level of internal development, Master Li knew ahead of time the day of his death, and was able to say goodbye to his many devoted students.

After Master Li’s passing, Song graciously hosted us several times in Taiyuan and took on the responsibility of teaching us.

Before meeting Li Gui Chang, Song Zhi Yong studied Xing Yi Quan with several different teachers. He had only seen expressions of Xing Yi that were firm and powerful. Song told us that because Li Gui Chang was advanced in age, he thought he would be able to push Mater Li easily, but instead, Song himself was thrown down quite effortlessly by Master Li. Song said Li was soft and relaxed, able to throw him down without seeming to do anything. Although Song was young and strong, when he pushed hands with Li Gui Chang, he could not find a point against which to apply his strength. Song describes his early training with Li Gui Chang as including practicing San Ti Shi (the trinity posture) and Pi Quan (Splitting Fist) for three years while he looked inside for the Jin (energy, strength).

Today, Master Song Zhi Yong manifests profound skill in Xing Yi Quan and push hands. His movements are soft yet powerful. His body seems to melt away from attacks and then without warning is inside your defenses. In training, Song emphasizes connecting with the internal strength (Jin) through the practice of San Ti Shi and Tu Na Si Ba Nei Gong (Four Method Breathing Internal Exercises). Song is a generous, but exacting teacher.

In July 2009, Song Zhi Yong accepted an invitation to be Senior Advisor of Xing Yi Quan to New York Internal Arts (NYIA). NYIA/IAI has made it possible for several of our students in the US to study directly with Master Song in Shanxi.

In recent years, IAI instructor Valerie Ghent and I have traveled to Shanxi several times to train with Song Zhi Yong. Song has been very generous in passing on Master Li’s expression of  Xing Yi Quan. On several occasions Valerie and I trained intensively with Song and his students in Taiyuan’s riverside park, both in morning and afternoon training sessions. The emphasis of this training was on holding San Ti Shi and Pi Quan. Song’s many students, young and old, train seriously and are warm and generous. Most recently Valerie and I spent several days of intensive private training with Song Zhi Yong to train in Tui Na Si Ba and Tai Ji Quan. In 2013, Valerie Ghent was accepted as a disciple of Master Song. Valerie is Song’s only American disciple.