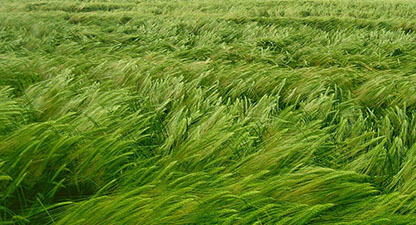 Wind as Internal Atmosphere or Pressure

In traditional Chinese medicine, the body is viewed as a landscape that is continuous with the landscape of heaven and earth outside of us. On some level there is no outside. The Qi of Heaven and Earth flows through us as it does through all living things. Just as there are mountains and rivers outside, there are also mountains and rivers inside that take the form of the spine and cranium and the blood vessels and other passageways for fluids. The evaporation of fluids from lakes and rivers, their accumulation as clouds and then precipitation onto the earth is mimicked by the action of the lungs (and heart) in disseminating fluids throughout the body to be collected and re-circulated by the kidneys. In his remarkable book, The Propensity of Things, Francois Jullien eloquently expresses this idea:

Let us experience “physics” as the as the single “breath at the origin of things, forever circulating,” which flows through the whole of space, endlessly engendering all existing things, “deploying itself continuously in the great process of coming-to-be and transformation of the world” and filling every individual species through and through. This vital breath is an inherent animating energy that never ceases circulating and concentrating itself is at the origin of all reality, and by circulating it bestows consistency on reality. Not only my being, as I experience it intuitively, but the entire landscape that surrounds me as well, is continually flooded by this subterranean circulating energy. [1]

In looking at the body as a landscape, we can understand that it is subject to both internal and external atmospheres which are contiguous and interactive. This brings us back to the notion of Qi as a vapor, an unseen gas that transforms and changes, continually condensing and evaporating, creating different movements, pressures and climates. The internal climate – the internal Qi – creates its own winds that interpenetrate with and react to the Eight Seasonal Winds and the Qi of the world around us.

Wind can enter and exit the body through the skin and pores, the head and neck, the back, the sense organs, legs, and even the abdomen. Wind can also arise from inside the body.  Just as nature’s winds can arise from air flowing from high pressure to low pressure, so too does the body have its own internal atmospheric pressures, its own internal weather, which in turn can create “winds.” These “winds” can be harmonious and balanced, a manifestation of the smooth functioning of the internal organs and their connected processes that moves in harmony with the seasonal winds.

Remember that the five organs’ functions happen at different temperatures and levels of moisture or dryness. When the body is balanced the heart is hot, the kidneys are cold, the lungs are cold and dry, the liver is warm and moist, and the spleen is damp and warm. The mixture of the “weather” in the body is pleasant. The organs maintain homeostasis in the body by balancing each other automatically. The conditions of the organs are rarely ideal, and the organs are always going through different temperature changes. Such changes affect the body’s “weather” and could cause winds or breezes to develop internally. [2]

Because each organ has a “climate” within which it functions smoothly, proper functioning of the organ can be disturbed by certain variations in that climate, whether that variation is related to externally generated climate variation or variation that is internally generated. In many cases it is a bit of both. Therefore, because Kidney Water is by nature cold, cold has a tendency to “home” to the kidneys. If the internal climate of the kidneys is not harmonious, not ample and replete, there will be a space or a gap where cold can enter. The cold nature of the kidneys in turn makes them susceptible to cold, and cold that enters the kidneys tends to impair their functioning.

At the same time, this kind of impaired functioning is often described in terms of cold: the person will feel cold, dislike exposure to cold, feel tired and lethargic because cold impairs the yang functions of the Qi, which include warming the body and movement and transformation. They may experience joint pain (cause by the contractive nature of cold) that is worse in cold weather. Their pulse may be slightly slow as cold retards the ability of the Qi to move the blood. This dynamic is similar for the other organs. Each has its own internal climate, with it own specific characteristics.

Hence in Chinese medicine it is said that:

The kidneys loathe the cold.

The liver loathes the wind.

These relationships are both individual and personal. The person is a microcosm that manifests the same configuration of qualities as the macrocosm. Ted Kaptchuk explains this concept as follows:

Dampness in the environment is wet, heavy, sodden and lingering; Dampness in the body makes the person heavy, bloated and slow. If one’s internal pattern is very “swampy,” one can manifest such bodily signs without ever having been exposed to a drop of external moisture. It is important to note that the Dampness outside the body may precipitate a condition of Dampness within the body, but exposure in a causal sense is unnecessary. One is more likely to have a Damp illness in London, but it is still possible in Arizona. Dampness is recognized by what is going on inside, not by knowledge of external exposure. The condition is not caused by Dampness; the conditions is Dampness. The cause is the effect; the line is a circle. [3]

Moreover, places inside the body that are congested or obstructed, places where fluids or blood stagnate, or where there is hyperactive movement, can each create disharmonious atmospheres that in turn stir up pathogenic internal winds. Chinese medicine practitioners regularly treat a condition called “Liver Wind,” in which internal stasis and hyperactive Liver functioning combined with – or triggered by – other factors (such as anger or emotional upset), creates a constellation of symptoms that are characterized by “wind.” These symptoms can include: fever, dizziness, tremors, numbness, tics, seizures, and neck rigidity. Just as a raging fire can create its own wind, so too can heat in the body “stir up wind,” with its symptoms of restless, unpredictable movement.

Every movement of the mind is a movement of the Qi. In Chinese medicine, the Qi is the source of all movement, transformation and change, both inside the human body and in the world around us. This means that the Qi is not only intimately connected to the movement inherent in physical processes, but it is also directly connected to our every thought and emotion. Atmospheric changes outside the body are described as movements and transformations in the Qi of Heaven and Earth. Similarly, the emotions are understood to be observable expressions of the movements of the atmosphere, the Qi, inside us.

Thus there is no separation between the Qi and the emotion. In Chinese thought, anger is the Qi rushing upward suddenly. If there is no outlet for this movement, if it is blocked or repressed, anger can be expressed or experienced as frustration (i.e. anger directed inward or downward). Similarly, fear is a downward movement of the Qi.

Pathologies of emotion can create blockages, ie places where the Qi stagnates, becomes compressed, is accelerated, retarded, or caused to move against the natural flow – venting upward and outward, or precipitating downward. For example, frustration compresses the Qi. This compression stagnates natural movement and transformation of the Qi, and like a pressure cooker, can cause it to heat up and give rise to internal pathological “winds.”

“Trapped Wind” is a condition recognized by Western medicine that is caused by the accumulation of air or gas in the gut. It is a common cause of abdominal pain and bloating, belching, abdominal cramps and flatulence. Winds are trapped in the body. This can happen because excess air is actually swallowed during anxiety, or from a rushed meal that is gulped down, or from bacteria produced in the gut due to the fermentation of food that are difficult to digest like broccoli, onions and beans. Other causes are blood in the gut, or acid-alkaline imbalances in the stomach and intestines. [4]

According to Chinese medicine, trapped winds can manifest in other ways. Winds can carry toxicity in and out of the body. When winds leave the body they can do so through a burp, yawning, coughing, sneezing, a joint popping or by passing gas. Although skin rashes can be a manifestation of wind and heat, they can also be an attempt to vent these pathogenic winds through the skin. When winds are trapped in the body they can cause hiccups, intestinal rumbling and abdominal bloating, or urgent bowel movements. They can also cause numbness, itching, pain in the joints and feelings of heaviness, vertigo and even paralysis. Hands and feet that feel heavy and numb, cramping, moving arthritic pains or arthritic pains that come and go, can all be due to trapped wind. Trapped wind can also lead to chronic sinus problems and frequent colds, headaches, eye problems and cloudy thinking.

Gases and winds can be formed from improper and unbalanced dietary habits, toxic environmental substances, external pathogens, negative and unbalanced emotions, excessive consumption of tobacco and alcohol, and a myriad of other factors. Lack of rest, overwork and being run-down makes one more susceptible to the formation of toxic winds and gases. Because winds move and can hide as latent pathogens, they can be hard to dispel through normal means.[5]

Health Problems According to Season

Disease and health issues that have a seasonal association. For example, there may be problems associated with the liver and wind that tend to be exacerbated in the spring and by windy, gusting weather. Although problems associated with digestion and the Spleen and Stomach have a tendency to be exacerbated in the hot damp weather of late summer, they can occur in any season, because the Earth Phase of the Five Elements helps the body negotiate the transformation from one season to the next. Symptoms related to dampness and the spleen and stomach often occur in “Indian Summer,” overlapping late summer and early fall. These same symptomes can also be present during transitional periods between and within a season.

In practice, symptoms and diseases cannot be so neatly divided. There are considerable overlaps between the health problems addressed during different seasons. This is because we can experience mixed weather in any season – for example: damp windy weather in winter or cold, dry weather in the spring.