All of the movements in Lao Ba Zhang incorporate four essential, oppositional yet complimentary movements, that act together as an organic whole:

Jiang Rong Qiao uses the words above to refer to the various types of Jin-Li (劲力), or “energy-strength,” encountered during one’s practice of the single palm change. The various ways of describing these Four Forces can therefore be summarized as follows:

The Four Forces & the Opening Movements of Lao Ba Zhang

To discuss the Four Forces, we are forced to describe them as separate entities, but in practice they are unified and integrated as oppositional and complimentary forces. The Four Forces co-exist in every movement. Within twisting and rolling, there is drilling. Drilling is also piercing (Chuan). Therefore, within piercing there is also rolling/twisting, and within rolling/twisting there is piercing/drilling. Fan (overturning) can also mean to “combat” or “oppose” and therefore is related to Zheng (contending or extending). [1] In wrapping, the intention (Yi) and force (Jin) are embraced internally, while in extending/overturning/contending intention and force extend outward. In wrapping there is extending and overturning and in extending and overturning there is also wrapping, twisting and rolling.

In Ba Gua Zhang, rolling and twisting describe the circular rotary movements of the arms, legs and body. The screw-like actions of the arms, legs and even the spine are described as drilling. These two actions also produce the so-called “Silk-Reeling” force. Wrapping describes enfolding and embracing inwardly, while Fan and Zheng (Overturning and Contending/Extending) refer to stretching outward and pushing outward externally. In these four actions, the bones and tendons extend and contract, stretch outward and withdraw inward, thereby producing the winding, twisting, wrapping and millstone pushing power that is characteristic of Ba Gua Zhang. Refined power (Jin) in Ba Gua Zhang is a product of the blending of these four forces. [2]

Rolling, drilling, resisting, wrapping, Opposite forces mutually generating. This refers to change and transformation of the energy-strength in training. Rolling means the round shape of the arms in rotation. Drilling means arm-rotating movements in a forward spiraling motion. Resisting means outward pushing and opening. Wrapping means hooking and embracing inward. These four movements require muscle contraction to generate strength. If there is only circular rotation and rolling, there is no forward force. This type of energy-strength is inward. There is no opposition of outward and forward force, so the force cannot be maximized. Therefore, in training, it is necessary to drill within rolling, to let the rolling movement become spiral movement.

Opposite forces represent two qualities, not alike, that are contradictory. “Opposite forces mutually generating,” means, in other words, “contradiction coming into being.” The energy-strength in Ba Gua Zhang derives from the mutual opposition of rolling, drilling, resisting and wrapping. These four mutually opposing forces, opposite forces existing in contradiction, engender the emission of energy/force (Jin).

Practice Method for Understanding and Manifesting the Four Forces 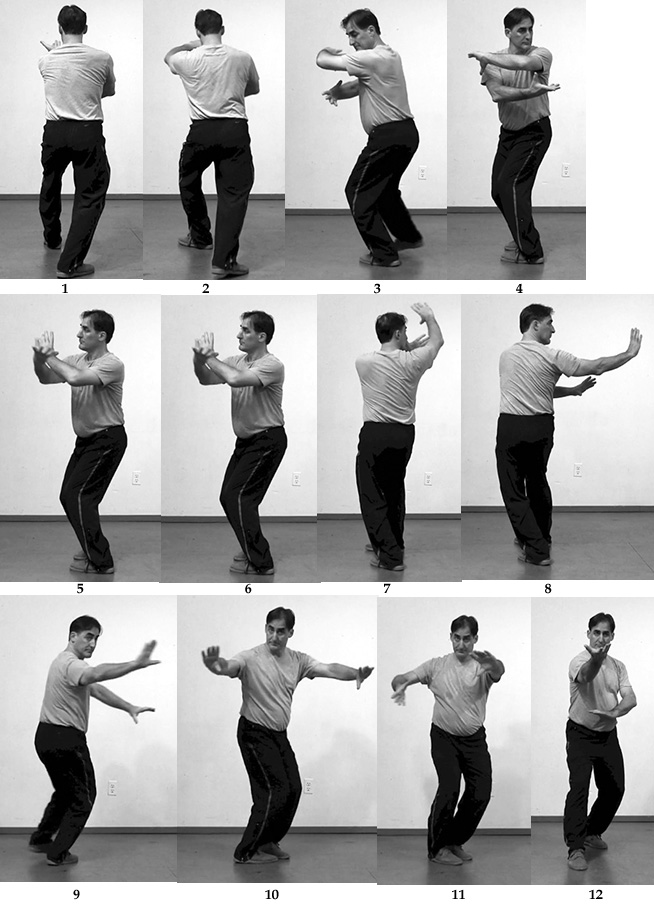 External Alignments During the Movements 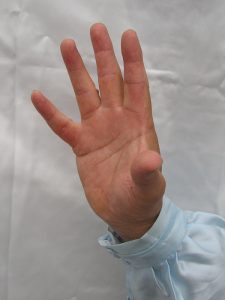 The Tile Palm: Palm center is hollowed; forefinger is relatively straight; the three fingers curve and are balanced by the thumb; the back of the hand is also curved like a roof tile.

Internal Alignments During the Movements