Pediatric medicine in China follows a few basic principles, based on children’s constitutions.

Do not over-treat! Children, unlike adults only need a little guidance, a “small push”, to restore them to balance

Push upward alternately with the thumbs from between the eyebrows to the hairline. 30-50 times.

For a stronger effect push from between the eyebrows to a point midway between Baihui (DU 20 – on the top of the head in the center of a line connecting the tips of the two ears) This is called “Opening the Large Heavenly Door.”In the picture below the operator’s right forefinger is on Baihui. 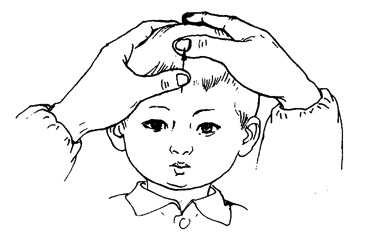 Wipe outward with the thumbs from between the eyebrows to the temples 30- 50 times. 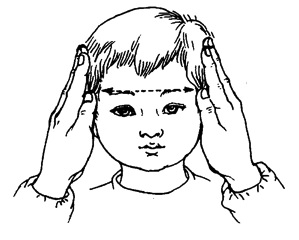 Hold the child’s head with both hands and use the thumbs to knead just behind the mastoid process. This dispels wind and relieves restlessness. 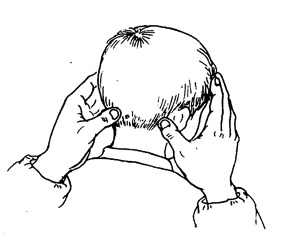 Step 2: Aid Digestion and Regulate the Spleen and Stomach

Push clockwise around the palm center, starting from the base of theindex finger. 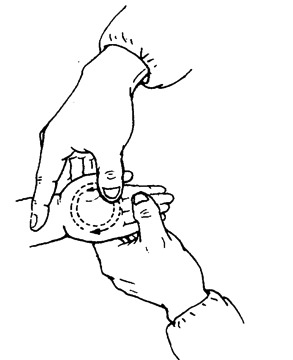 On the palmar side wrist crease push outward from the center of the wrist crease to the edges of the forearm with the thumbs, 50 times. 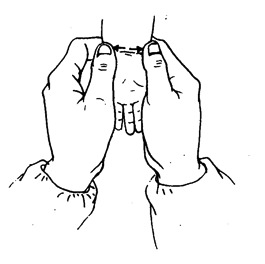 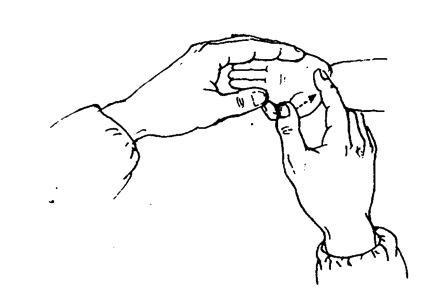 Use the right, middle and index fingers to knead the Zhongwan acu-point (which lies midway between the navel and sternum) clockwise 30 times. 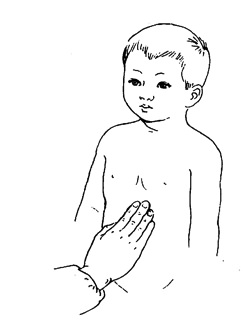 Massage the point about 3 fingers width down from the knee cap just outside the edge of the shin in the hollow between the muscles there 50 times. 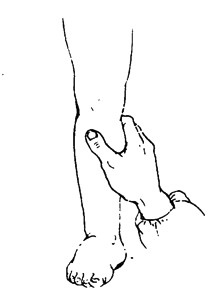 With your palm massage just below the navel 50 times. 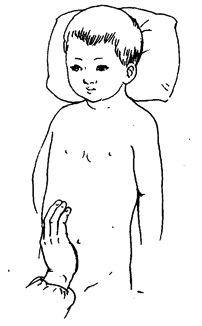 Push outward with the thumbs from the center of the sternum (Between nipples) to the sides of the chest 30 times. 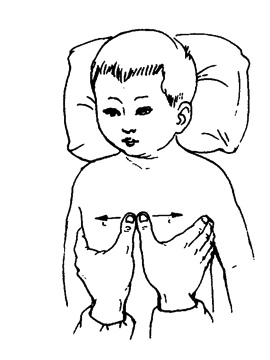 On the child’s back use your thumbs to push the skin downward along the borders of both scaulae. 30 times 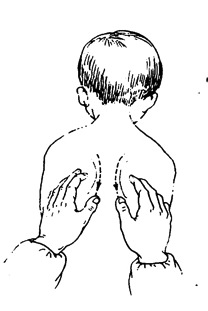 Step 5: Regulate Yin and Yang, Qi and Blood and Meridians

Use the pads of the indes and middle fingers to push the skin from the bump at the base of the neck down the spine to the sacrum. 30 times. 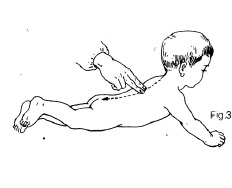