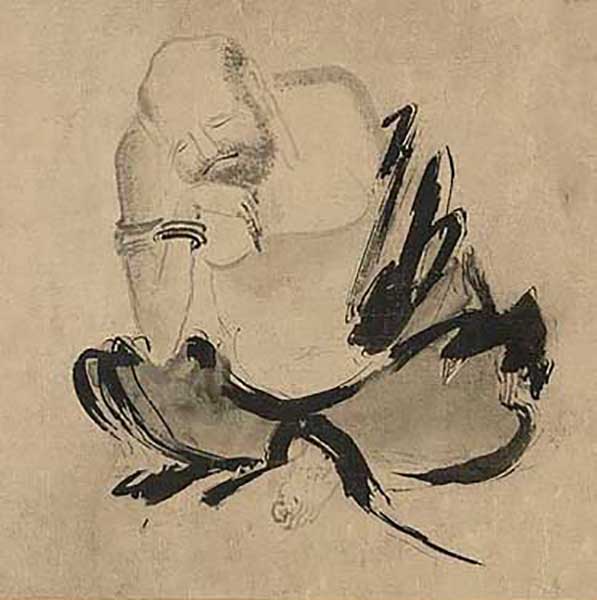 Writing and filming our upcoming Daoist Meditation Online Learning Program over the last year has given me a lot of opportunity to reflect on what makes Daoist Meditation methods so unique and powerful. Daoist Meditation refers to traditional practices dating back to 500 BCE that utilize breathing, concentration, mindfulness, contemplation, and visualization to improve health, extend one’s life and transform the internal energy and consciousness itself.

In Daoist Meditation and other Daoist self-cultivation practices, the body, rather than being considered  illusionary, something to be disregarded or subjugated, is instead both the place from which spiritual practice begins and the vehicle for internal transformation. The body and its energies are the platform from which our observational consciousness apprehends the numinous. Rather than subjugating the self and breaking one’s attachments to the body and this world, Daoism advocates aligning oneself with the transformations and transmutations that are ongoing in the world around us and within our own body. Rather than seeking oblivion, one seeks the perspective of one’s own consciousness – as a friend of mine succinctly puts it, engaging with the “Eye of my I.”

Because cognitive processes are tied to physiological processes, Daoist Meditation recognizes that changes in cognition and perception can only take place by first cultivating the life force and the physical body. Usually this begins with fortifying and strengthening the vitality through the kidneys and their association with Jing-Essence – the physiological substrate of the body.

Therefore, an important part of Daoist self-cultivation involves exercises that strengthen the vital force (Qi) and the “will” (Zhi). The will is ‘housed” by the kidneys, and therefore a strong will to some degree depends on gathering and storing Qi and Jing in Dan Tian and the kidneys, a practice that is an essential aspect of Daoist Meditation, Qi Gong and internal martial arts. Fortifying the kidneys and the will builds the strong physical and psychological foundation that is necessary to actualize one’s goals and aspirations, and therefore to persist in the disciplined practice of meditation and inner transformation.

By activating the internal energies to the fullest, one seeks to align these energies with the cosmic energies operating in the world around us. In Daoist Mediation this involves connecting the sexual and reproductive energies stored in the kidneys and sexual glands directly to the brain so that a self-perpetuating, inner circulation is engaged. Kidney Essence (Jing) is transmuted into Qi and Spiritual Essence (Shen), and in turn Qi and Shen replenish Essence. Through this circulation, the body’s vital forces move into harmony with  universal energies that are self-regenerating. Rather than a gradual dissipation of internal energy over time leading linearly to old age and death, the seasonal cycles within us – spring (child), summer (adulthood), autumn (middle age) and winter (old age) – return, and regenerate, constantly going back to the beginning, just as they do in the natural world. This enables one to live a long and healthy life, and of equal importance, connect on a deep level to the True Self and the numinous forces that move through us and around us.

Activating and sustaining the inner circulation requires that one begin to observe and regulate the thoughts and emotions. In Daoist Meditation, the mind and its movements – expressed as thoughts, emotions, memories, and desires – are not viewed as something created in the brain or existing outside the body as a whole. They are direct expressions of the body’s energies. Therefore part of what dissipates the life force is the mind’s tendency to be constantly engaged – always thinking and judging, grasping for things – caught in endless cycles of thought, emotion, and desire that cannot be satisfied. These ongoing mental processes not only continually draw on the life force, they also lead those energies in directions that are not in tune with the natural flow.

The ultimate dispersal of vital force (Qi) on a physical plane is death, but in another sense, mental and emotional fixations create impediments that impair our connection to the limitless changes of Heaven and Earth, thereby creating another kind of “death” – spiritual disillusionment and feeling of internal emptiness.

A still, quiet and present mind allows the internal energies to arrange themselves in concert with universal forces that are cyclical, eternal, and self-perpetuating. A mind that is still, calm, quiet and observing allows the energies to circulate without interruption, and without deviation. In Daoism, this inner tranquility is likened to the hub of a wheel. The hub is the unmoving center around which the wheel turns. If the hub is not aligned properly, the wheel cannot turn smoothly, and gradually it deviates farther and farther from it optimal turning action.

Through internally observing the minutest movements of the vital force and their physical and cognitive manifestations, energy draining is slowly transformed into energy conservation and regeneration, and energy dissipation changes to energy consolidation. This requires observation without interference (Wu Wei), not forcing,  gently perceiving and guiding, while avoiding that which pulls one away from the natural flow. 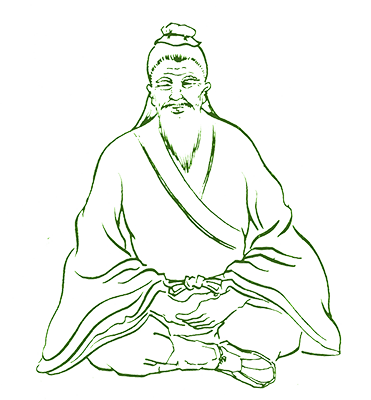 Another way to look at the ideas above is to see Daoist Meditation as part of the “Feeding Life” or “Nourishing Life” (Yang Sheng) tradition. Daoist Meditation allows us to fully reconnect to our innate vital energies, and nourish and “feed” those energies. In Chinese thought, the idea of Nourishing Life is tied to the ability to maintain one’s capacity to evolve by refining and “decanting” our internal vitality so as to develop that vitality to the fullest, in all its manifestations.[1] In traditional Chinese medicine, disease is, at its core, movement that is blocked or runs counter to its natural flow. The mind and the emotions tend to be at the center of disruptions to the natural flow of Qi that otherwise moves in tune with the universal energies. Health lies in an ongoing restoration and facilitation of the “Qi Dynamic” – the natural and harmonious movements of the vital force and its various interactions.

According to the Huang Di Nei Jing, one of the oldest and most important traditional Chinese medical texts, the True Men and True Women (ie: Daoist Immortals) of ancient times were able to replenish and engage with their innate true energy because they aligned themselves with the changing patterns of Yin and Yang and the cycles of change in the world around them.

Aligning oneself with the changing patterns of Yin and & Yang requires a unitary disposition of body, mind, and spirit. It means not being attached to a single position, and letting go of the distinctions that attach to a single disposition. Attachment to a viewpoint can impart a strong decisiveness, but it also cuts us off from other possibilities. Attachment to a fixed way of being often causes us to become stuck, bogged down, and stale, unable to change and transform.

To align ourselves with the patterns of change, and reconnect with our inner vital energies and our true self, requires that we do so from a place of inner stillness and calm, a place where the tensions and disconnects that arise from seeking external validation have been released. When the tension is gone, it is possible to fully engage with life – we can open ourselves to the flow of energy that stimulates and replenishes life.

A Modern Look at Daoist Meditation

Some modern practitioners of Daoism like Dr. Tian He Lu postulate that the Seven Endocrine Glands regulate the body’s energies, and that the brain is effectively an extension of Ming Men (“Gate of Vitality”), that contains a kind of “life clock” with a “life code” that is stored in the brain, and interconnects with our sexual energy. Dr. Tian feels that this “Brain Vital Gate” controls aging and balances the body both internally and in relation to the outside environment. He also posits that the secret apertures of Qi, mentioned in ancient books on meditation and which are said to increase vitality, slow aging and modify consciousness, are related to the endocrine system.[2] 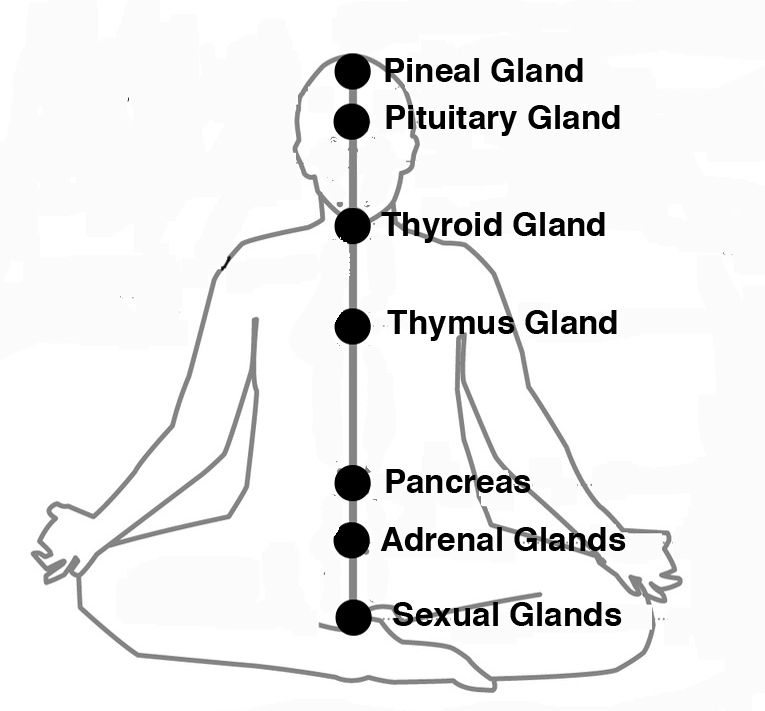 This increase in vitality and retarding of the aging process occurs through “training Upper and lower Dan Tian”, thereby connecting the kidneys and sex organs with the brain – ie: engaging the Hypothalamus-Pituitary-Adrenal Axis (HPA).

The Endocrine System includes the Hypothalamus-Pituitary-Adrenal Axis, which has traditionally been seen as the body’s “stress system”, because it ultimately controls levels of cortisol and other important stress-related hormones. However, new research is beginning to show that the HPA axis should instead be thought of as the body’s “energy regulator”, because it is ultimately responsible for regulating hormonal activity, nervous system activity and energy expenditure in the human body, as well as modulating the immune system and the digestive system.

Daoist Physician Stephen Chang says that the Seven Endocrine Glands can be visualized as fluid-filled vessels that are attached to one another by a series of tubes. Each vessel is dependent on the others for its supply of energy (liquid). When properly balanced, all the glands are filled with energy; if one leaks, it will drain energy form the others. The energy, or liquid, moves upward from the sexual organs through the glands to finally fill the brain. This creates balance and longevity.[3]  A state of weakness or susceptibility to disease arises when one system, or in this case one gland, is for some reason deprived of energy. Our task becomes then, one of not only reestablishing the balanced flow of energy to overcome this weakness, but also one of stimulating the flow of energy, so that we raise the level of energy within our bodies to the maximum.[4]

Tian He Lu connects Dr. Chang’s “liquid” to the Marrow, which is considered to be a product of Kidney Jing (Essence) and fills the brain and the spinal cord. Daoist Meditation methods facilitate this process of lifting Qi and Jing upward along the Du Channel inside the spine, to be transformed into a substrate that nourishes the brain and the nervous system. This is line with ancient Chinese medical texts like the Ling Shu (Spiritual Pivot), which tell us that when Sea of Marrow (the brain) is full and sufficient, it results in facile strength, and much power; the self exceeds its limits. When the Sea of Marrow is insufficient, it results in revolving of the brain, noises in the ear, weakness of the legs, dizziness with spots [in front of the eyes], and the eyes without vision. There is a languid idleness with desire to lie down calmly.[5]

I find all of the ideas discussed above very reassuring when undertaking the practice of Daoist Meditation. Rather than focusing on abstract ideas like enlightenment and what is or is not illusionary, one need only align the body, and allow the breath to nourish and feed the internal energies, while allowing yourself to enter into a state stillness and quietude. In this state one simply observes the inner circulation in all its manifestations, movements and transformations. While maintaining this state of calm observation one has only to let the inner circulation unfold, and to “get out of the way of what is happening” –  avoid interfering with that which is unfolding.  Through these actions (or “non-actions”) one’s inner power and inner being flourish and can reach their fullest potentials. As a side-benefit, the body is energized, there is a heightened sense of well-being and health, life feels full and vibrant – and perhaps one will also live longer.