Recursion in Internal Martial Arts: Going Back to the Beginning

Recursion in Internal Martial Arts: Going Back to the Beginning 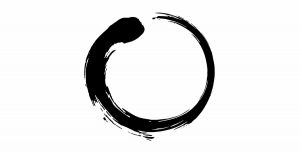 One of the difficulties that students encounter in internal arts is that the very first, foundational, basic training exercises and principles that one learns are actually the most important things. These basics and fundamentals are the key aspects of the internal arts that one will practice for one’s whole life. The advanced forms, weapons, and applications that one aspires to learn are actually far less important. They are myriad expressions of the foundational principles and body mechanics that change according to the changing circumstances. 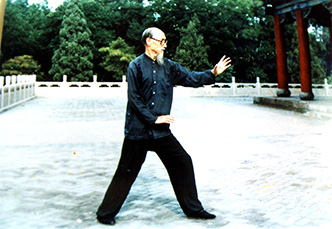 foundational basics. For example, practicing applications over and over with a partner, thinking that this will improve their abilities. And yet often this approach often does not work. When little details in the fundamentals are performed incorrectly, these mistakes are often magnified in more complex advanced forms and applications. If this is the case, focusing on the advanced forms and applications often merely reinforces negative habits that then must be unlearned by going back to intensive practice of the basics.

In Ba Gua Zhang I find that teaching advanced forms often leads us back to look at basic circle walking and mud-stepping, because difficulties in advanced forms like Ba Gua Lian Huan, 0r Ba Mian Zhang, usually have their root in the fundamentals. Similarly in Xing Yi Quan, difficulties with partner drills and applications are corrected by going back to Pi Quan and San Ti Shi. In correcting advanced forms containing many movements, if we only focus on correcting the form, the corrections the teacher makes will be endless and very detailed, because each movement contains a seeming complex series of actions that are occurring simultaneously. The “advanced” movements are really just expressions of the fundamentals, and the purpose of more advanced forms is to illustrate possibilities that arise from the fundamental body alignments and movements. This means that the so-called “advanced” techniques invariably lead back to the fundamentals.

Advanced forms can be corrected more efficiently by correcting the fundamentals that underpin them, than by correcting each individual movement. A good example is Xing Yi Spear, whose many movements are based upon mastering three fundamental movements: Lan (Block), Na (Seize), and Zha (Thrust). If you master these three movements, you have mastered the spear. Without the mastery of these three movements, one’s spear techniques will be empty and useless.

Going back to the beginning is useful. Both in Xing Yi Quan and Ba Gua Zhang I have had the experience of being corrected on basic skills and realizing that if I did not did correct those basics, I would never develop the Gong Fu and higher levels of ability. For me this has meant – more than once – going back to practice only the basics for more than two years. This, after a decade or more in each art. Was I shown incorrectly the first time? No. Yet somehow I had deviated from the correct practice method –  practicing “according to the rules,” or according to the “method,” as some teachers express this idea. 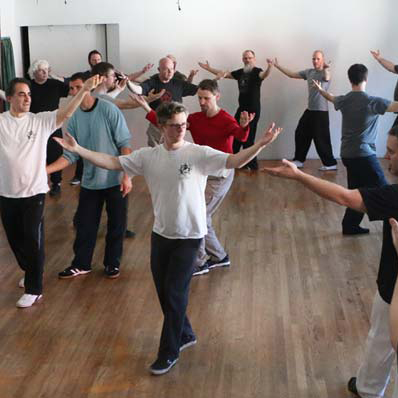 I like to think I am not particularly obtuse, so my assumption is that recursion back to the beginning necessarily has to happen periodically, perhaps more for some than for others. I think that recursion is actually part of the method, and built into the method. One must be open to realizing again and again that one has missed something, and that the answer is always in the foundation.

Some people who have observed this same phenomenon – the importance of the fundamentals – take this to mean that one should only practice the fundamentals, and not learn advanced forms and techniques. I also believe that this is a faulty approach. To go back to the beginning, one must complete the circle, from foundation to “advanced.” and back again.

To understand that one principle contains a thousand techniques, one must actually experience at least hundreds of techniques. In our Xing Yi spear analogy above, this means also practicing the Five Elements Spear, 12 Animals Spear, and the Linking Spear. As you practice the forms, you begin to realize that all of the movements in these forms derive from Lan, Na and Zha; this realization invariably leads you back to the three fundamental movements, with a new respect for the wisdom contained within them.

In addition, there is a technical side to martial arts which involves learning specific techniques and strategies, and practicing them. Technical skills must be learned and practiced, while adhering to the underlying principles. After time one can let go of  the techniques, and focus on the bottomless well of wisdom found within the basics and underlying principles. Old masters who have spent their lives practicing martial arts often disparage techniques – this is because they spent decades learning and practicing these technical skills. Only after attaining a high level of ability could they let go of techniques and manifest them at will, letting techniques unfold in infinite variation from the basic principles, and from the foundational movements.

Fundamentals and their myriad expression in forms and techniques cross-pollinate. Each informs the other and this “cross-informing” needs to happen over and over again. Each time one goes around the circle, new levels of awareness and understanding unfold. In this paradigm, eventually, a single correction in one movement or technique changes everything – in every technique and in every movement – so the learning process becomes increasing streamlined and proficient.

I have seen 80-year old masters who look tickled to death doing Pi Quan, or the Single Palm Change, almost like a child playing with a ball for the first time – and these are masters who have been practicing this movement for the last 60 years! Yet they are not bored; on the contrary, their whole being is excited – they are still discovering and experiencing hidden gems within a single fundamental movement.

The mistake is to lose this sense of discovery; to think one has the basics down, and does not need to practice them daily.

As I get older the “advanced material” does not glow and attract me the way it did when I was younger. Instead I find that most of my time is spent of the fundamentals, which I will never understand enough.