Pushing out the Old to Make Way for the New – Recent Thoughts on Two Chinese Herbs: Chai Hu & Da Huang 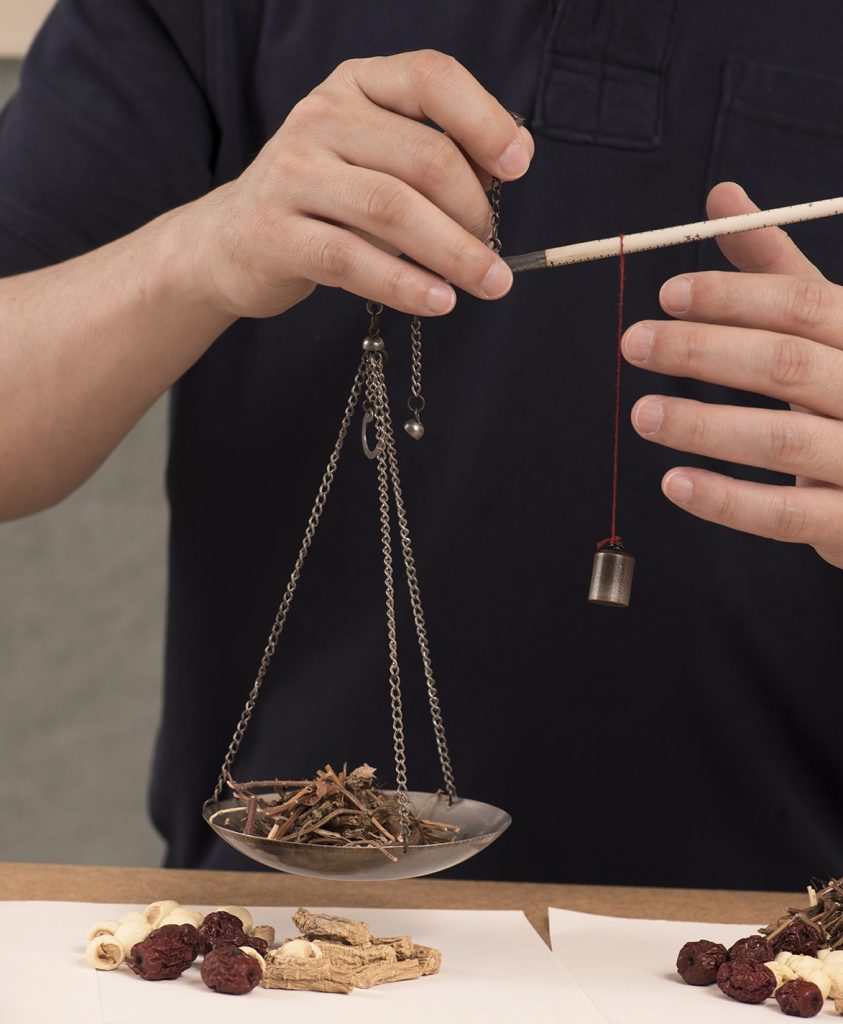 Recently in treating two cases of Covid with herbal formulae and Qi Gong, I not only gained a much greater appreciation for the efficacy of  two herbs (Da Huang and Chai Hu), and some of traditional herbal formulas in which they appear, I also gained some deeper insights into Chinese Medicine, disease mechanisms, Qi Gong and the Qi Dynamic.

I remember being nervous about using Da Huang because teachers stressed its purgative properties, and I, like many students, came away with an idea that this was a draining herb that could only be used in cases of obvious interior heat and fever. Similarly, I was warned about using more than nine grams of Chai Hu in a formula, because it might cause Qi to rise. I was also warned that using too much Chai Hu might “plunder the Yin.” We heard stories about Japanese practitioners causing liver damage by over-prescribing Chai Hu.

So naturally, for many years I was cautious about using these herbs, and preferred to use tonic formulas and harmonizing formulas that minimally used these two herbs because these types of formulas seemed “safer.” This approach often achieved positive results, but rarely the dramatic, almost magical results ascribed to herbal formulae in Chinese case studies. Later in my practice I became more comfortable with Chai Hu and Da Huang, and found that they could indeed sometimes achieve miraculous results in a short time.

More recently, in treating two cases of Covid with formulas that emphasize the use of Da Huang and Chai Hu, I was once again astounded by their efficacy and gained both a greater appreciation for these herbs, and better understanding of their mechanism of action.

In the first case, the patient’s symptoms included a very low-grade fever and fatigue with some vague digestive systems that would come and go. Her pulse was tight. Moreover she had the Chai Hu body type and constitution – thin, wiry, sensitive to subtle changes in the environment and she had some discomfort along the ribs. She also had a cough that came and went, with some phlegm that one could hear but not see, and her pulse was wiry.

I first made the classic beginner’s mistake of worrying about the cough – thinking too much about Covid and lung problems rather than looking at what was right in front of me. I gave her a cough formula, which did not help at all.

After two bags of this ineffective formula we switched to Xiao Chai Hu Tang (Minor Bupleurum Decoction). The vague digestive complaints, intermittency of the symptoms and the Chai Hu constitution convinced me to switch to this classic formula for a pathogen caught at the Shao Yang Level between the interior and exterior. I admit that my decision was also influenced by two other things:

Within minutes of taking this formula – cooked according to the traditional method – the patient immediately felt better, as though something major had immediately shifted. She continued on this formula for a week, and at that point only had some slight cough symptoms, which gradually faded away, with a follow up formula of Metal Pearls, created by Heiner Fruhauf.

In the second case, the patient had a strong body, a strong constitution, and a full productive cough. He did not feel feverish but there was some achiness and no sweating. Three bags of Ma Xing Shi Gan Tang (Ephedra, apricot Kernel, Gypsum and Licorice Decoction) immediately cleared the cough and he followed this up with Metal Pearls. He felt fine for a week but then reported some digestive complaints, such as gas and intermittent constipation combined with headaches, and feeling foggy. He had in past experienced some intestinal problems due to stagnation.

Thinking about the first patient and Dr. Yu’s statement about Chai Hu, I had a vague memory that Dr. Yu had also said something interesting about Da Huang that related to Chai Hu. I looked up the case study where Dr. Yu mentioned Chai Hu. In this case study – which includes discussions with other Chinese doctors – one of the doctors asks Dr. Yu why he used a high dose Chai Hu, because it can damage Yin.

Dr. Yu points out that higher dosages of Chai Hu can be used safely, and he quotes the Divine Husbandman’s Classic of the Materia Medica (Shen Nong Ben Cao Jing), which says that Chai Hu governs knotted Qi in the heart, abdomen, intestines, and stomach; accumulations of food and drink; [treats] hot and cold pathogenic Qi; and pushes out the old to make way for the new.

But Dr. Yu goes further, making a statement that leads me to think about Chai Hu and Da Huang formulas in a completely new way: Dr Yu definitively states that in the 365 medicinal substances in the Shen Nong Ben Cao Jing, there are only two herbs with the explicit function of “pushing out the old to make way for the new” – Chai Hu and Da Huang.* Da Huang does this by expelling heat, expelling stasis and draining downward and Chai Hu opens up and facilitates the Qi Dynamic and expel pathogens outward.

Rereading this statement made me realize that Da Chai Hu Tang (Greater Bupleurum Decotion) might be the perfect formula for the second case. I also remembered that Shang Han Lun expert Dr. Huang Huang, in his lectures on the Da Huang constitution, mentioned that interior stagnation can interrupt the normal Qi dynamic, causing flushing up, headaches and mental fogginess or even memory loss, and that the Da Huang constitution was one of excess. This led me to choose Da Chai Hu Tang, a formula that contains both Da Huang and Chai Hu. My thought was that this formula would guide out pathogenic Qi from both Yang Ming and Shao Yang, thereby restoring the Qi Dynamic and allowing the “new” to flourish.

Again within less than an hour after taking the formula, the patient felt his head clear, his energy come back and his bowels and digestion normalize.

Spitting Out the Old and Taking In the New

In reflecting on these cases I also should note that both patients began practicing the Six Healing Sounds Qi Gong the moment they were diagnosed with Covid. The Six Healing Sounds Qi Gong method exemplifies the idea of Tu Na (breathing exercises) which literally translate as spitting out the old and taking in the new. Additionally, the Six Healing Sounds can treat and cure all kinds of visceral diseases, using these six words can also extinguish irrational thoughts and keep demons far away.**  A Qi Gong method like the Six Healing Sounds that dispels pathogens through breath, sound and vibration of the internal organs, in order to be able to fully take in the new clear, pure Qi, is yet another means of rectifying the Qi Dynamic, and may also help to account for the quick results produced by the formulas mentioned above.

The juxtaposition of using herbs that “push out the old to make way for the new”, combined with a Qi Gong method of “spitting out the old and taking in the new” gave me a mini-epiphany about Chinese medicine, Qi Gong, health and disease, the Qi Dynamic, etc., that I will be thinking about for some time.

These two cases made me think a lot about classical Chinese medicine’s approach to treating illness. In treating Covid, or any viral infection, we are of course tempted to give patients a concoction of anti-viral herbs to “kill” the pathogen. However, classical Chinese medicine often warns us against this approach. Many anti-viral herbs are cold-natured and can cause as many problems as they solve – much like antibiotics when mis-prescribed.  Neither of the formulas mentioned above contain herbs that “kill” Covid. Instead of “attacking” Covid, these formulas modulate the body’s response to pathogens and are prescribed based on the signs and symptoms of the patient, their constitution, and a trajectory of illness that matches the formula.

When a formula matches up to the reality experienced by the patient, the formula works for a wide variety of pathogens and their interaction with a specific patient that matches this interlocking pattern of signs and symptoms (both subjective and objective), patient’s constitution amd body morphology, and the trajectory of illness. Therefore, there are no “anti-Covid” herbal formulas; rather, there are formulas that can be used to treat someone who has Covid, but these formulas are not specifically for Covid; they are chosen and modified on a case-by-case basis, as described in the two case studies above.

Final Note: I should mention that all three formulas mentioned above come down to us from one of the Three “Gods of Medicine” – Zhang Zhong Jing (150—219 CE), the author of the Shang Han Lun (Discussion on Cold Damage).

* A Walk Along the River: Transmitting a Medical Lineage through Case Records and Discussions. Yu Guo-Jun (Seattle: Eastland Press, 2017) pp.9-10.