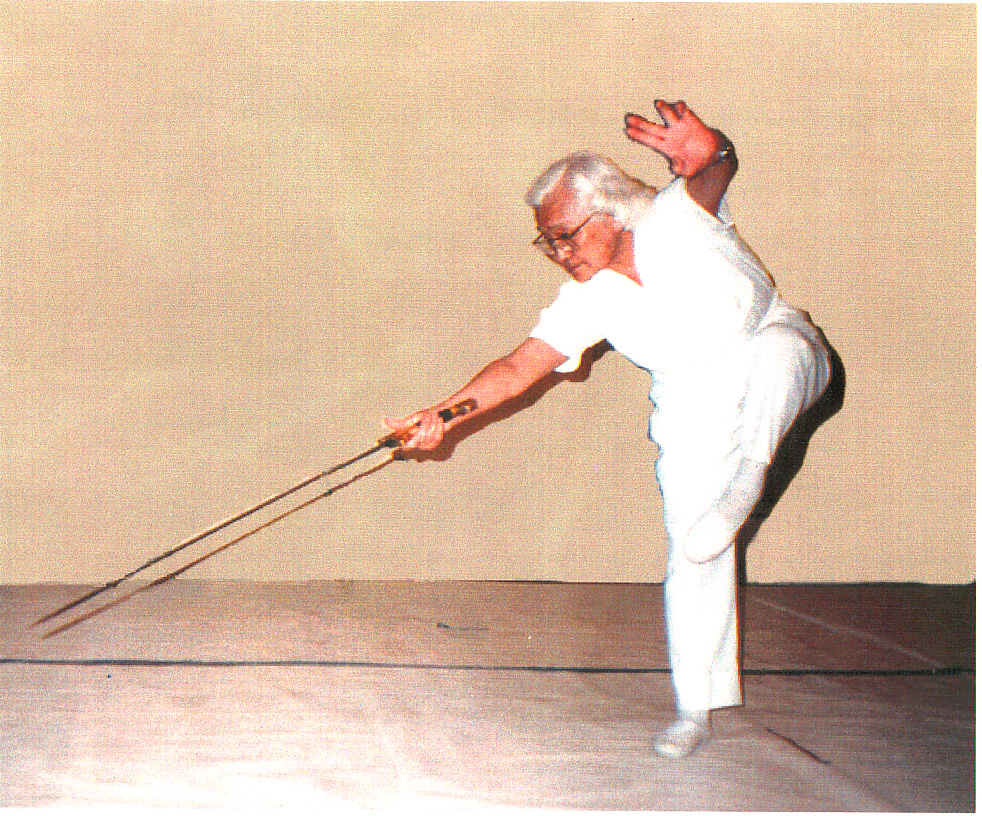 Fu Shu Yun was born in 1916 in Tianjin, China. She began training in martial arts in junior high school. Her skill developed quickly and she was soon called upon to give demonstrations at sports festivals in Northern China. Later in 1931 she applied and was accepted by the prestigious Nanjing Central Kuoshu Academy.

The Central Academy invited some of the great martial artists of that time to teach. Fu Shu-Yun was therefore able to study Shaolin Tai Ji Quan with Ma Yung Shen, Yang Style Tai Ji Quan with Yang Cheng Fu, and Wu Style Tai Ji with Wu Jian Chuan. Wu Yin-Hua, a personal student of Sun Lu-Tang, taught Sun Style Tai Ji, and Fu Shu Yun also studied Ba Gua-Tai Ji which was taught by its creator, Wu Jun-Shan. This synthesized form, which mixed Tai Ji and Ba Gua together, was learned by only a few people. Fu Shu Yun is believed to be the only person in Taiwan who learned it.

After graduating in 1934,  Fu was invited to stay on at the school as an instructor. Two years later in 1936, she participated in a major martial arts competition in Shanghai, and was selected to go to the Olympic games as a member of the Republic of China’s Martial Arts team. The team of nine people traveled to the Berlin Olympics to demonstrate Chinese martial arts. The European audiences had never seen Chinese martial arts and were impressed and astonished. These were the same Olympics in which the American athlete Jesse Owens took four gold medals.

Later, in her seventies, Fu Shu Yun or “Madame Fu,” as she was often called, visited the United States. I met her at that time and asked her to teach Xing Yi and Ba Gua to a group of students that I had organized in New York City. Madame Fu was impressive. Although standing little more than five feet tall, with a mane of snow white hair, she emanated a fierce power when performing Xing Yi. She personally led every movement and exercise of a two-hour class that exhausted half of the participants as they performed the Five Elements up and down in lines for the entire class. During the warm-ups, her flexibility was evident when she swung her knee up to touch her nose with her leg straight. Her Ba Gua was simple, direct and precise, and she improved my basic skills in both arts. Fu Shu Yun also taught me the basics of the jian, the Chinese sword. It was inspiring to work with someone who had such breadth of training, deep knowledge of Chinese martial arts and physical prowess.

I remember her telling me that it was hard to really teach me and the others in my group because, being in our thirties, we were already too old to learn properly – her standard, of course, being that of the Nanjing Academy. I found her honesty refreshing rather than disheartening, and just tried harder. One night we stood talking on the street when a drunk passerby stepped into the middle of our conversation. I saw the fire come up in her eyes as she subtly moved into a ready position. I quickly stepped in front of her, put my arm around the man’s shoulders and walked him away from her by telling him a joke. My fear was that she was actually going to hit him, which on the crowded street would have been quite the scene!

Fu Shu Yun was one of the martial arts greats of our time. I wish I studied with her more.