One way to summarize the synergy between the circular expression of the Eight Palms (Lao Ba Zhang) and their various linear expressions is to understand the meaning of Kai He.

Kai (Open) refers to opening that which is being practiced, and to expanding and moving outwards, so that the limbs spread open and the spirit extends outward. When performing Ba Gua Zhang’s Eight Linear Single Movements, or Sixty-Four Straight Line Palms, the body drives forward and opens outward, allowing power, Qi and Spirit to manifest fully. These linear forms can also be performed as stationary power development exercises. In this method of practice the feet do not move. Not moving the feet forces the body to coil, turn and twist to the maximum in order to generate power.

He (Close) refers both to the structure and joining together of the whole body, and also to drawing or contracting inward when circling or standing (Zhan Zhuang), so that Qi and Shen fuse together. The circular movements of Ding Shi and Lao Ba Zhang create a connectivity and an inward movement of the body’s energies, so that Qi circulates in the interior.

Therefore, these practices can be described as expressing He Jin, or “Closing”, because they involve sealing the harmonious inner transformations within. [2] He is Yin relative to Kai. The Eight Lao Ba Zhang “Palm Changes” are Yin relative to their associated linear movements.

When training Lao Ba Zhang, and in Ba Gua training in general, we need to express both Kai and He – an outward sudden expansion and explosion of power, spirit and force, fused with inward-directed connectivity and gathering. At different points in our training in our lives the balance of Kai and He in our training will necessarily change. For example, as we get older we may focus more on closing and sealing in the transformations, with less outward expansion, but both Kai and He will still be present in every motion.

Kai (Opening) is one one of the Eight basic Linear movements. It is also called Step in Surround and Smash in the 64 Linear Forms. This application of this movement demonstrated by Wang Shi Tong (above) and Tom Bisio (below). 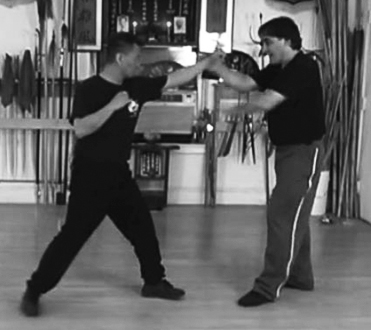 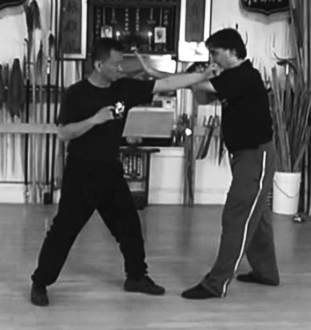 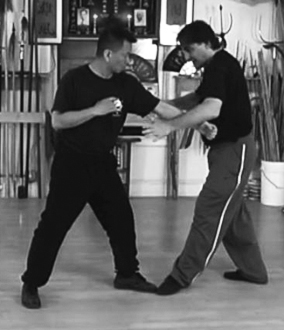 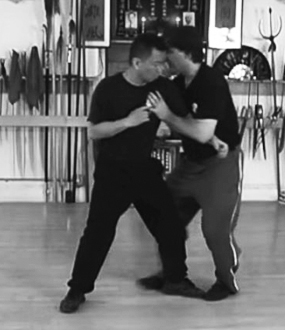 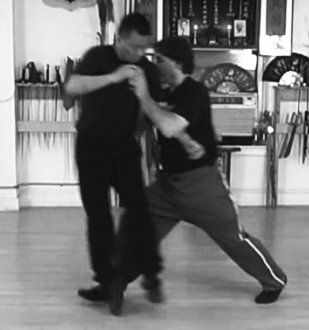 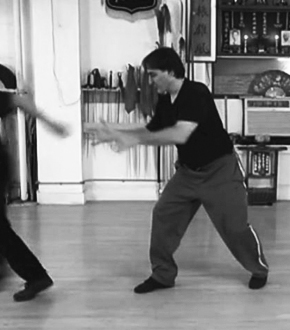